AT THE MOVIES: A chat with Everybody’s Talking About Jamie cast, directors on musical, Ralph Ineson, Amazon

By Doug Laman
Special to the Anna-Melissa Tribune 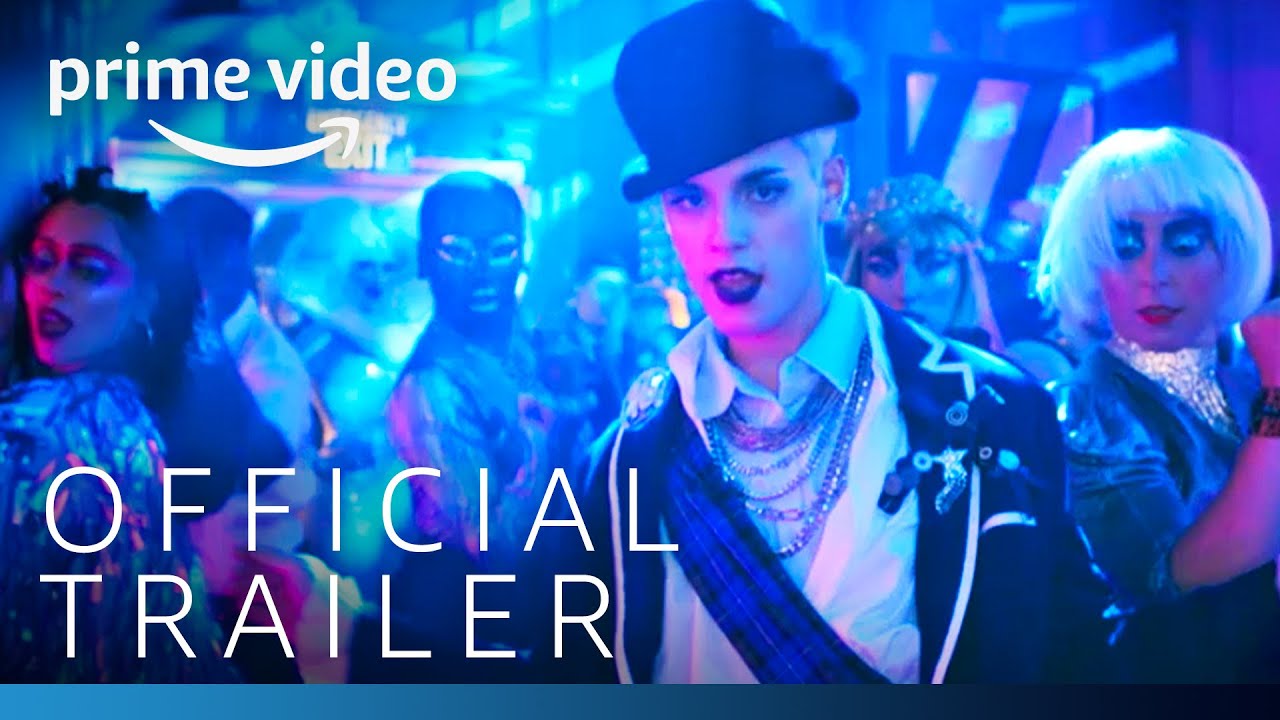 The history of musical theater has been defined by outsiders. These are characters who capture every day feelings of the audience in feeling like they just don’t fit into the societal status quo. A great modern example of this tradition is the British musical Everybody’s Talking About Jamie, Based on a true story, it chronicles an openly gay High Schooler named Jamie who longs to become a drag queen. As he finally pursues his dream, Jamie must confront what it means to truly be yourself as well as the complexities of his fractured home life. All the while, colorful song, and dance routines are plentiful.

Such a crowdpleaser feature doesn’t just appear out of thin air, of course. It takes a massive collection of artists, both in front of and behind the camera, to bring something like Everybody’s Talking About Jamie to life. Before this musical hits movie theaters and Amazon Prime streaming, I got to talk to three of the people responsible for making such a buoyant production, director Jonathan Butterell and lead actors Max Harwood and Lauren Patel.

In our discussion together, we chatted about everything from the benefit of committed co-stars, the impulse to write a new song that couldn’t have been executed in the musical’s original stage version, and what it’s like to have a movie released by Amazon Prime streaming. Grab an outfit that makes you feel like you and prepare to tap your toes, it’s time to talk to the cast and crew of Everybody’s Talking About Jamie!

DL: My personal favorite musical number in the film is ‘This Was Me’, which was a totally new addition to the film. I was curious about what informed the decision to add a new song into that particular point of the story?

Jonathan Butterell: As soon as we started to adapt it and write a screenplay, it was very clear to me that that moment had to happen. So, it’s not a moment that doesn’t happen on-stage nor could it really even happen on-stage. But for me, the generational story about our community passing on stories. So I come from that community, I went on those marches, I, very sadly, lost friends to HIV and AIDS. I wanted to make sure that story was passed on from generation to generation.

‘This Was Me’ was written very specifically for that, and as you know, Holly Johnson sings on that. And that takes us right back to that time musically and also Holly himself is a survivor of that time, so it resonates in so many deep ways.

DL: I did just wanna thank you guys for putting that in…we just don’t see that a lot in even grim dramas, let alone in light-hearted musicals. Was that ever a tonal problem to put that particular scene into this movie?

JB: Not for the producers at all. The producers were supporting us completely in telling us a story, I never had any pressure to change the story in any way. It was complex for me to put that in in many ways because it does go to a deep place and it did tell a very…there’s a moment in one of the marches, there’s a woman in a wheelchair and behind her is a young boy carrying a plaque saying “My mom is a lesbian and I love her.” And that was Danny [Gillespie Sells], our composer as a 13-year-old boy back in the day and his actual mom in a wheelchair. It spoke so deeply to us as people because, as I said, I lost people during that time and I saw that story as being vitally important.

DL: Max, some of the most emotionally challenging scenes in the film involve you playing off of Ralph Ineson as your character’s father. What was it like acting against him? He always come off as very committed, very intense with his craft on the screen.

Max Harwood: Yeah, wow. So Ralph is an amazing actor and he is actually really lovely. Exploring the relationship with Jamie’s dad was difficult because Ralph is so lovely and I had an incredibly healthy relationship with my dad. But like you said, Ralph is incredibly committed so it was very easy to launch into those scenes. I didn’t spend a lot of time with Ralph before doing the scenes and I had done a lot of prep, he obviously did a lot of prep, when we met, I was met with an energy that I could quite clearly respond to in a real way. It was very immediate.

JB: Ralph and I spoke a lot about Jamie’s Dad because Ralph did not want to create a two-dimensional character. Because it’s complex playing that man, as you can imagine, a man who says to his child “I wanted a boy so badly and I got you.” To have that come out of a person’s mouth is a complex thing. He wanted to make sure there was a three-dimensionality to it, we could understand where it might come from. Not that there’s an excuse for it, but where it might come from. I remember Ralph saw it for the first time a few weeks ago, when we all watched it together, and he was nervous.  Because the portrayal of it, he was just nervous about how it would go out into the world.

He has a little scene with Jamie’s mom, Sarah, and, not that we’re supposed to empathize with him in a true sense, but he says in that community that having a gay son is complex and difficult. Because he’s grown up in such a masculine world. So when he says to Jamie’s mom, y’know, “you created your own little club”, she was trying to protect [Jamie], but he felt cut out and he didn’t feel like he could get back in. So Ralph, I think, managed to get that in so beautifully.

DL: I was also curious, Lauren, because this is your first feature film role. You had to learn dance and all this, and Pritti’s such an interesting character, I was curious what your biggest takeaway was tackling all of that in this role?

Lauren Patel: It was very daunting, especially since it all happened so fast. The [casting] process happened in 20 days, and we started shooting a month later. And I was still in school, I was finishing up my exams at the same time. So honestly, I look back at it and go “I don’t know how I did that!” [laughs] But that was one of the biggest takeaways was juggling all that, the courage, we were very scared but we did it anyway and now we have something that we’re very proud of.

DL: I did wanna ask you Joanthan, specifically, what your response was to the news that Everybody’s Talking About Jamie was going to debut on Amazon Streaming? [Editor’s Note: the film was originally scheduled for a theatrical release from 20th Century Studios] When did you learn the news, how did you feel?

JB: My response was to be thrilled. On September 17th, we’re about to go into 250 territories across the world, one community is being spread out to many many communities across the world. It’s getting a theatrical release here and in Britain, which makes me very happy. We can show it on the big screen and experience it communally. But what’s really important to me is getting it into people’s home and showing it across the world and Amazon can do that and people can find it. As a storyteller, I can only be thrilled by that.